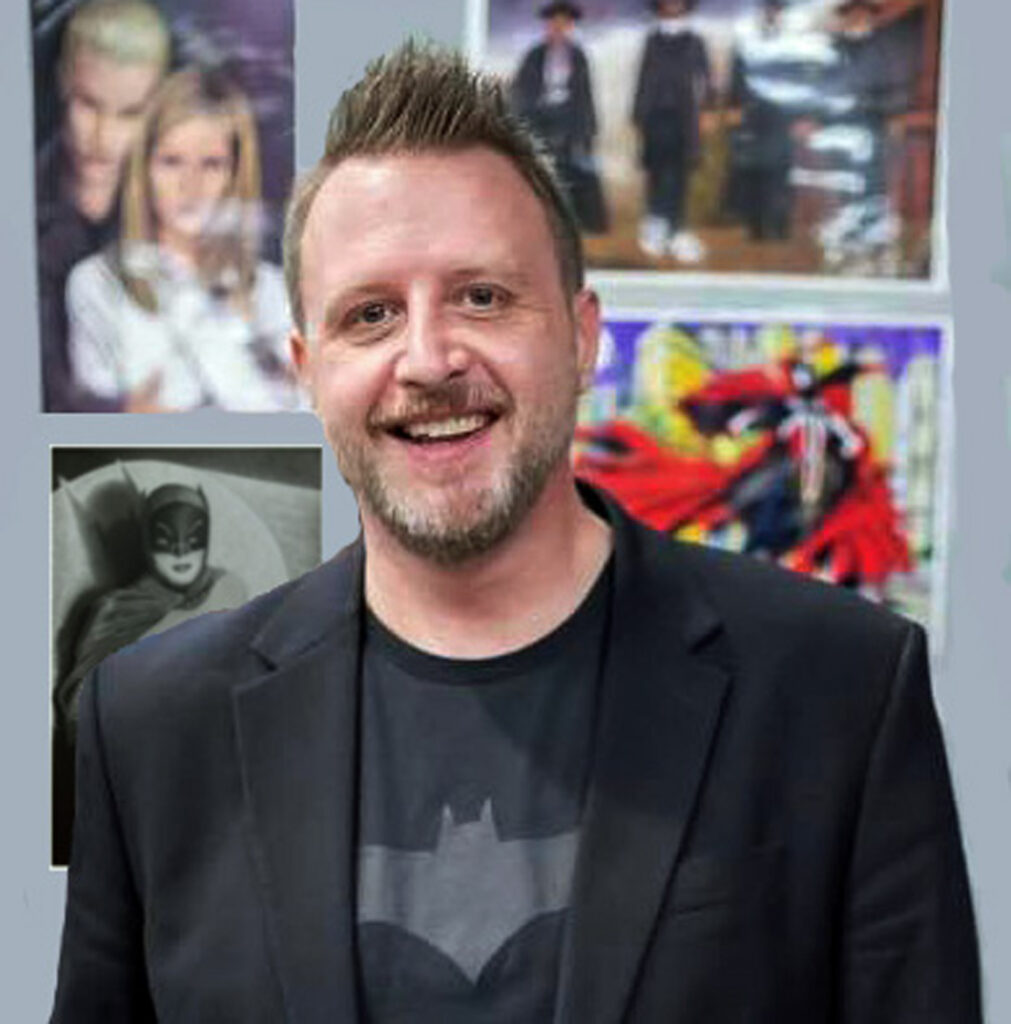 Matthew is an actor and celebrity artist. He is well known for his detailed illustrations across many forms of pop culture. He has created work for many actors from film and television. He's worked with cast members of The Walking Dead, creating portraits for them on a regular basis. He created artwork for Burt Reynolds shortly before his passing. He also co-created a cartoon series with Actor Sean Astin, entitled a2. They launched their series at Wizard World St. Louis. He has had recent acting roles on "Richard Jewell" as FBI Agent Doug Wall, and "What Men Want", as the sports magazine photographer. He can also be seen on "The Gifted", "The Resident", "Homicide Hunter", "Murder Calls", "Ozark", and many more well known tv series and films. He is a fan favorite of the "True Crime" genre fans as he has had principal roles in over 17 True Crime series. Visit his website at artofmatthewatchley.com for his full art portfolio and for his full acting credits, visit his IMdB page at Matthew Atchley IMdB 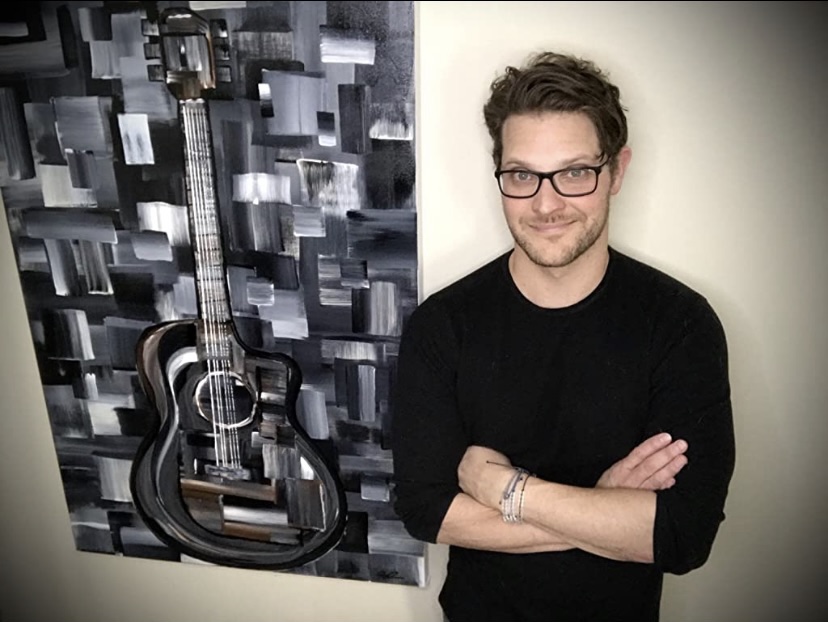 Jeremy Palko is an actor and artist. While he has over 30 credits to his name, he may be most known for his roles of "Andy" on AMC's "The Walking Dead" and "Nick" on Netflix's "Bloodline". He has had roles on several TV series and films, including "The Vampire Diaries", Tyler Perry's "Ruthless" and many more. Jeremy is also an up and coming artist known for his unique canvas paintings. His full list of credits can be found on his IMDB page 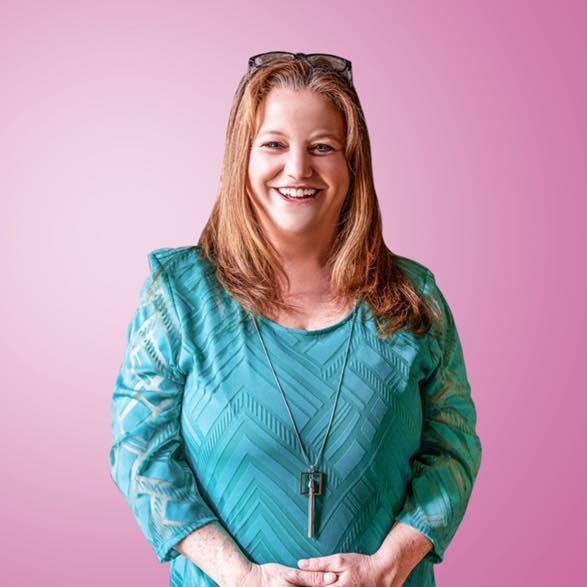 Patricia Patts is an actress/voice actress who has been working since early childhood. She portrayed "Annie" on stage as a young girl to much acclaim. She is perhaps best known for voicing the classic "Peanuts" character Peppermint Patty in the films, "She's a Good Skate Charlie Brown", "Bon Voyage Charlie Brown (and Don't Come Back!), and "You're the Greatest, Charlie Brown" 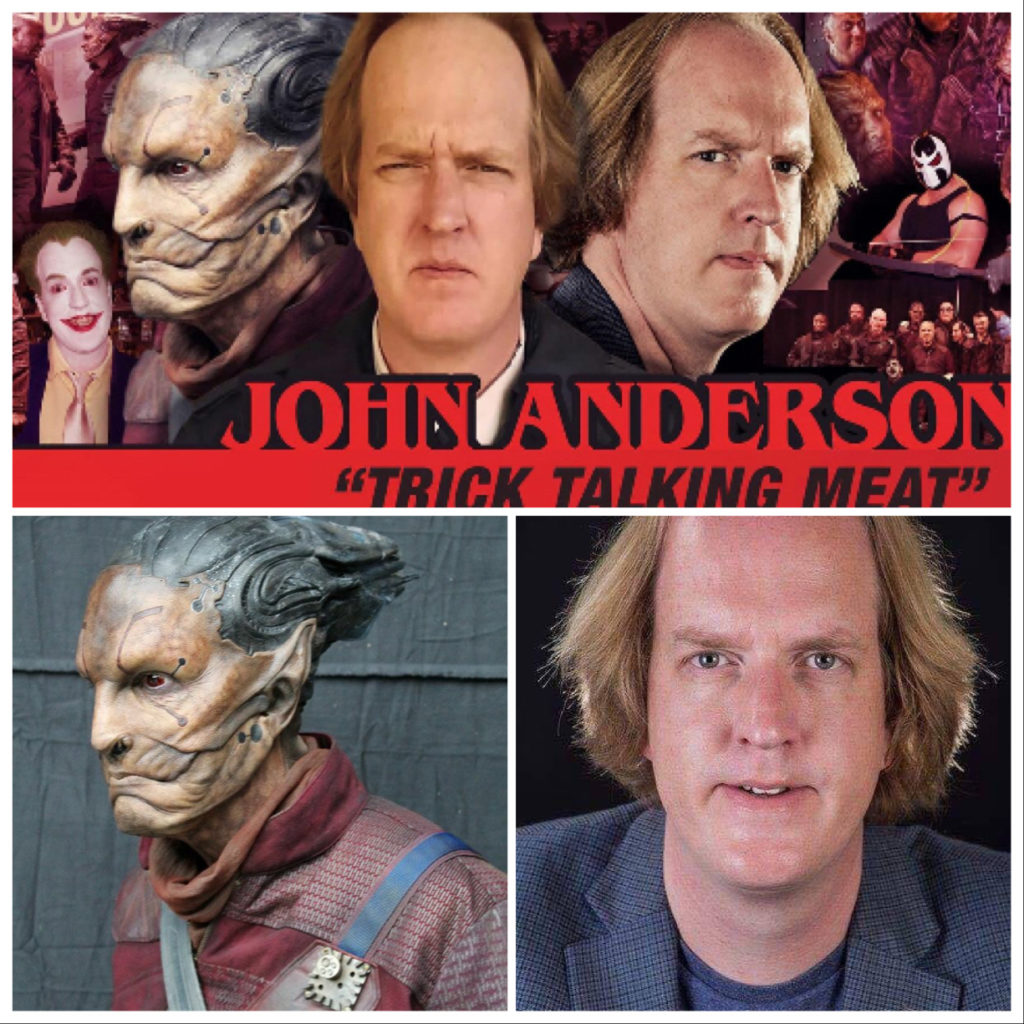 John has appeared in roles on Stranger Things, Guardians of the Galaxy Volume 2 (as one of the main Ravagers), Spider-Man: Homecoming, Jumanji, Logan Lucky, Sleepy Hollow, Tyler Perry's Too Close to Home, Oprah Winfrey's The Immortal Life of Henrietta Lacks, Diary of a Wimpy Kid, and much more. Visit his IMdB page at John Jacob Anderson IMdB 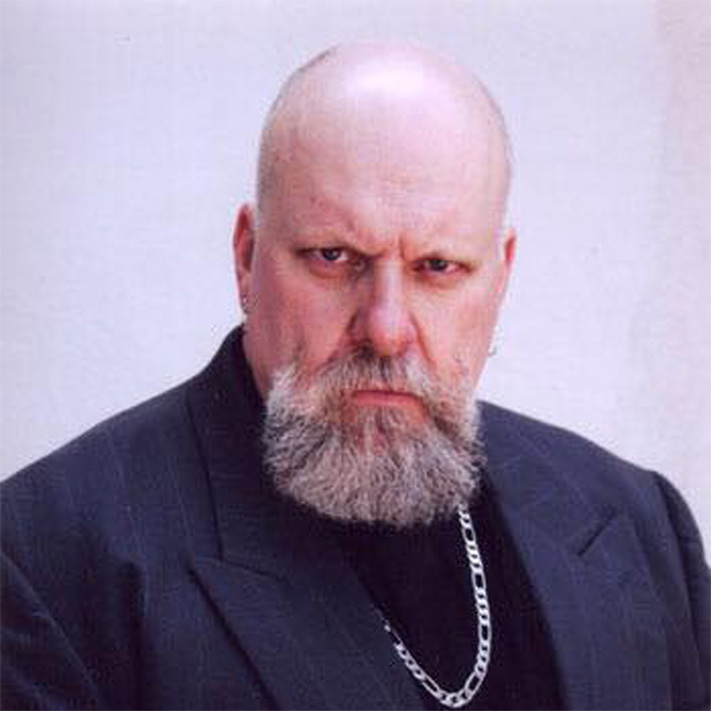 R.A. Mihailoff is best known for his starring roles as 'Leatherface' in
"Leatherface: The Texas Chainsaw Massacre III", "Hatchet II" and the highly anticipated release of John Schneider's '"Smothered". While R.A.'s resume list's numerous mainstream credits in movies, television, commercials and theatre; as a life-long 'fan of fright', he is most proud of his genre work and was especially gratified that his contributions in that arena were formally recognized when he was made an honorary inductee into the Academy of Science Fiction, Fantasy & Horror Films.
Mihailoff's career in the 'cinema fantastique' began with a role in the original PBS made-for-tv sci-fi movie "The Lathe Of Heaven", since then he has portrayed a diverse range of monsters, mutants and madmen, everything from a villainous T-rex to a futuristic cyborg. His stage work even includes a live version of the “Twilight Zone" episode - 'A Game Of Pool'. In addition to his work as an actor,
R.A. has guest starred on a season premier broadcast of Travel Channel's "Ghost Adventures" reality show as part of the 'Hollywood Ghost Hunters' paranormal investigation team.
As he’s been featured several times on "Coast to Coast AM with George Noory", R.A. has become well known for his work in both horror and the paranormal. R.A.'s IMdB page can be found at RA Mihailoff IMdB 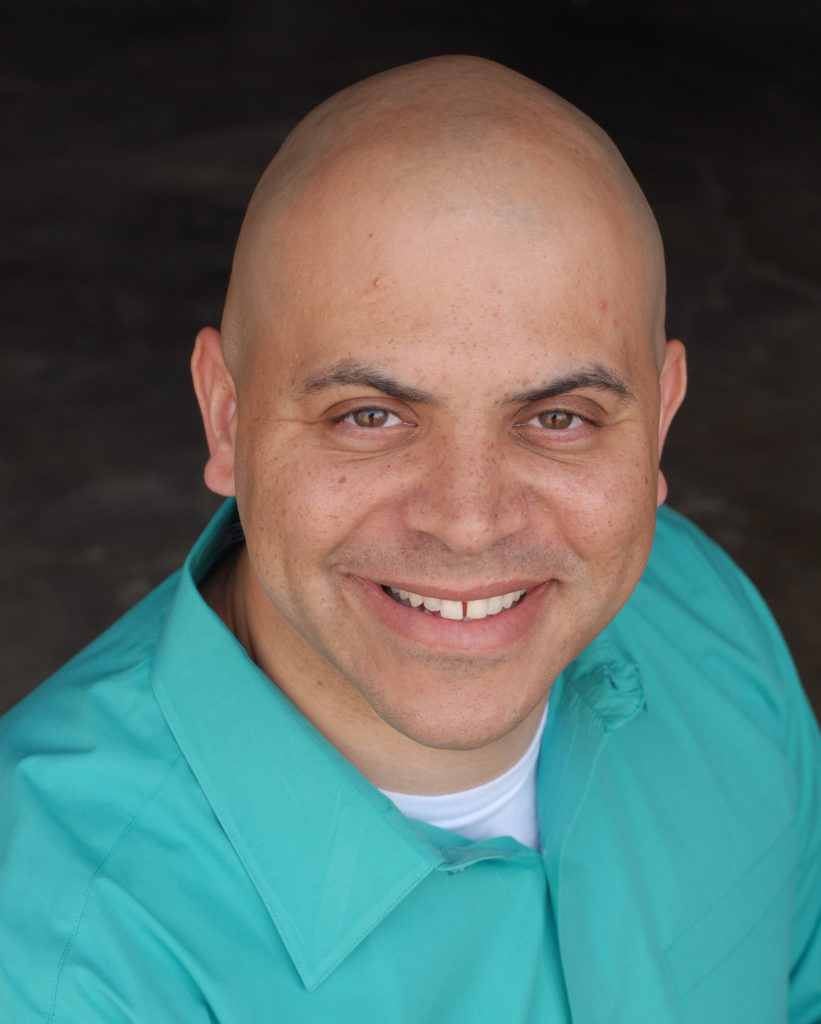 Bob Carter is a professional male voice actor known for voicing Balrog in the Street Fighter series, Shao Kahn & Baraka in Mortal Kombat, Bojack in Dragonball Z, Odin in Smite, the Astronaut in Lifeless Planet, the Iron Guard in Destiny 2, and many other popular characters in a wide range of video games!
Carter has also broadcasts globally on iHeartMedia, ESPN, NBCSports, and other stations, and has voiced many anime projects such as Fairy Tail, Dragonball Z, Full Metal Alchemist, Samurai 7, Blassreiter, and many other cartoon & anime series.
Together, he and his wife, September, have owned the Neighborhood Studio in Atlanta since 2016 where they proudly help Aspiring Creatives become Working Creatives! Bob's IMdBpage can be found at Bob Carter IMdB 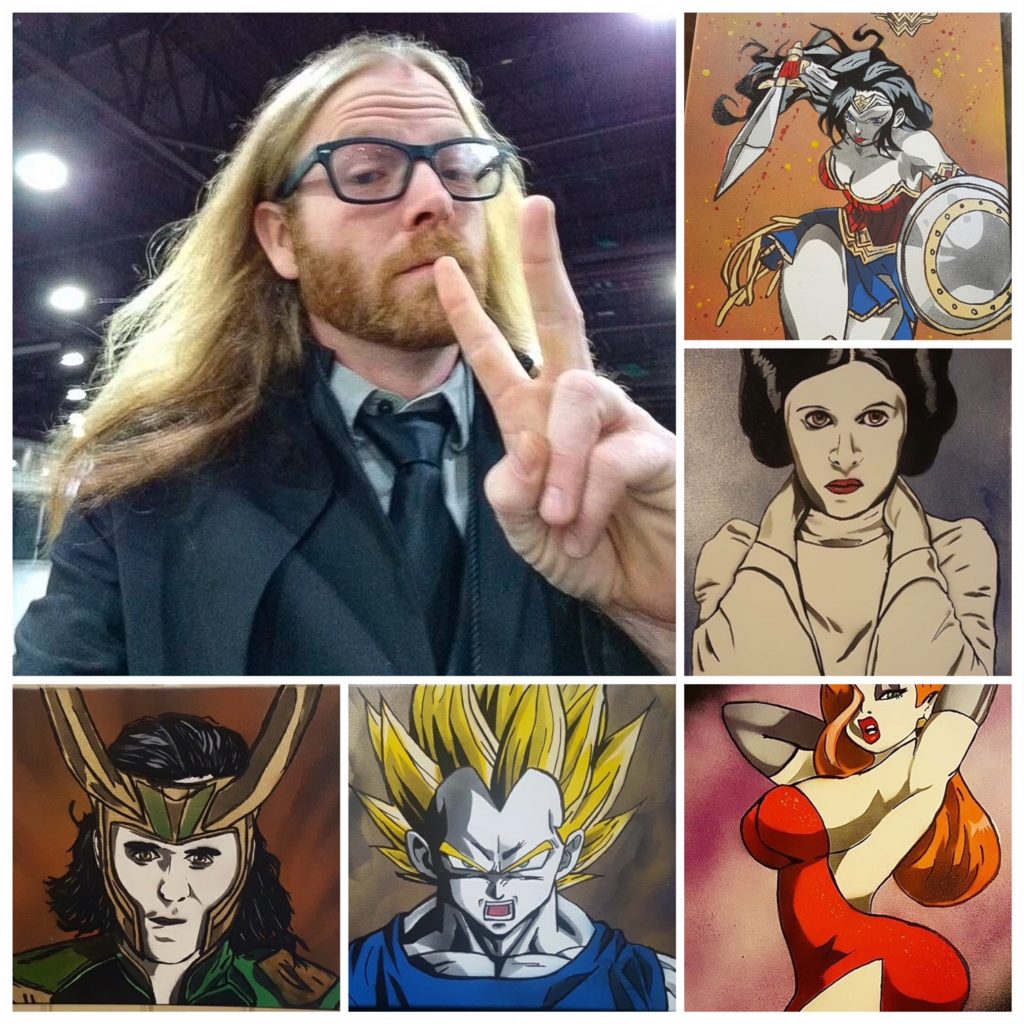 Keith is well known throughout the Southeast as "That Spray Paint Guy". He has a unique style of art utilizing spray paint as his main medium. He has beautiful original canvas works as well as prints available with subjects spanning tv, film, anime, gaming, and more. His work has been seen at many conventions and galleries. Visit him on Facebook for more info at facebook.com/wahlcrafts 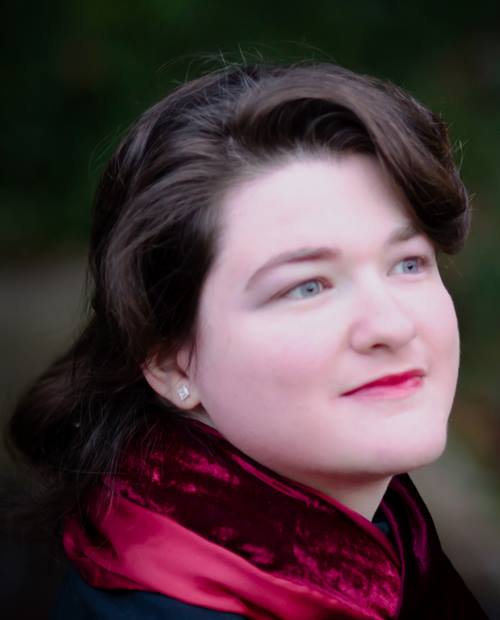 Author Christina Lewis is originally from the Pacific Northwest but now resides in the Smoky Mountains of Tennessee. She drew the inspiration for her first published book, “The Cheese Pirates: Cheddar Bay”, from the Tillamook Bay area on the Oregon Coast. This highly praised first book in her novel series received a rare endorsement from the beloved author of “The Indian in the Cupboard”, Lynne Reid Banks. Ms. Lewis, always in search of an adventure, is also a legal editor, proofreader, freelance journalist, and literary consultant. She designs award-winning jewelry under the name Stars and Embers, creates unique pieces of art, and trains cats! You can out more about her at her professional Facebook page at facebook.com/authorchristinalewis 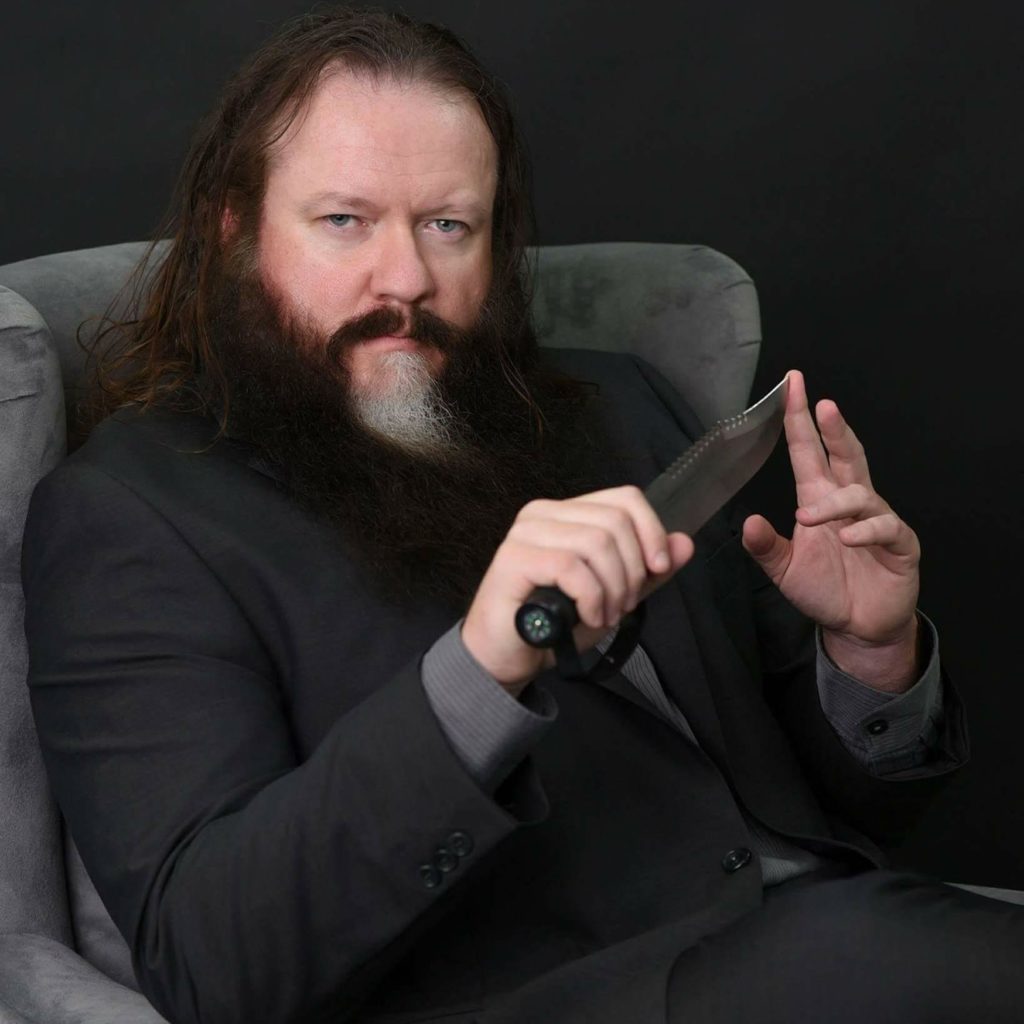 W.F. Bell is an American film and television actor, as well as a 20 year Air Force Veteran. Bell began his acting career in extreme temperatures in the valleys of Santa Clarita, California working on Rob Zombie's 31. In the film, Bell worked closely with the amazing talent and learned valuable acting and stunt techniques that he will take with him throughout his career. Some of his other work includes the biopic of Tupac Shakur, "All Eyez on Me", and an independent film titled "Strange Tales from Appalachia", in which he played the role of Peter Barret. The film was presented with the BEST FEATURE award at the Mad Monster Charlotte movie awards. He has also made appearances in MacGyver, The Vampire Diaries, Outcast, Sleepy Hollow, and several other productions. He is most notably recognized for his role as a recurring Savior on AMC's The Walking Dead, where he just recently finished working on season 8 in Atlanta, Georgia. Ever looking for interesting projects, he’s working on developing independent films based on his own short stories and learning electric guitar. Born and raised in Florida, Bell now lives in Georgia with his wife and 2 sons. His IMdb Page can be found at  W.F. Bell IMdB 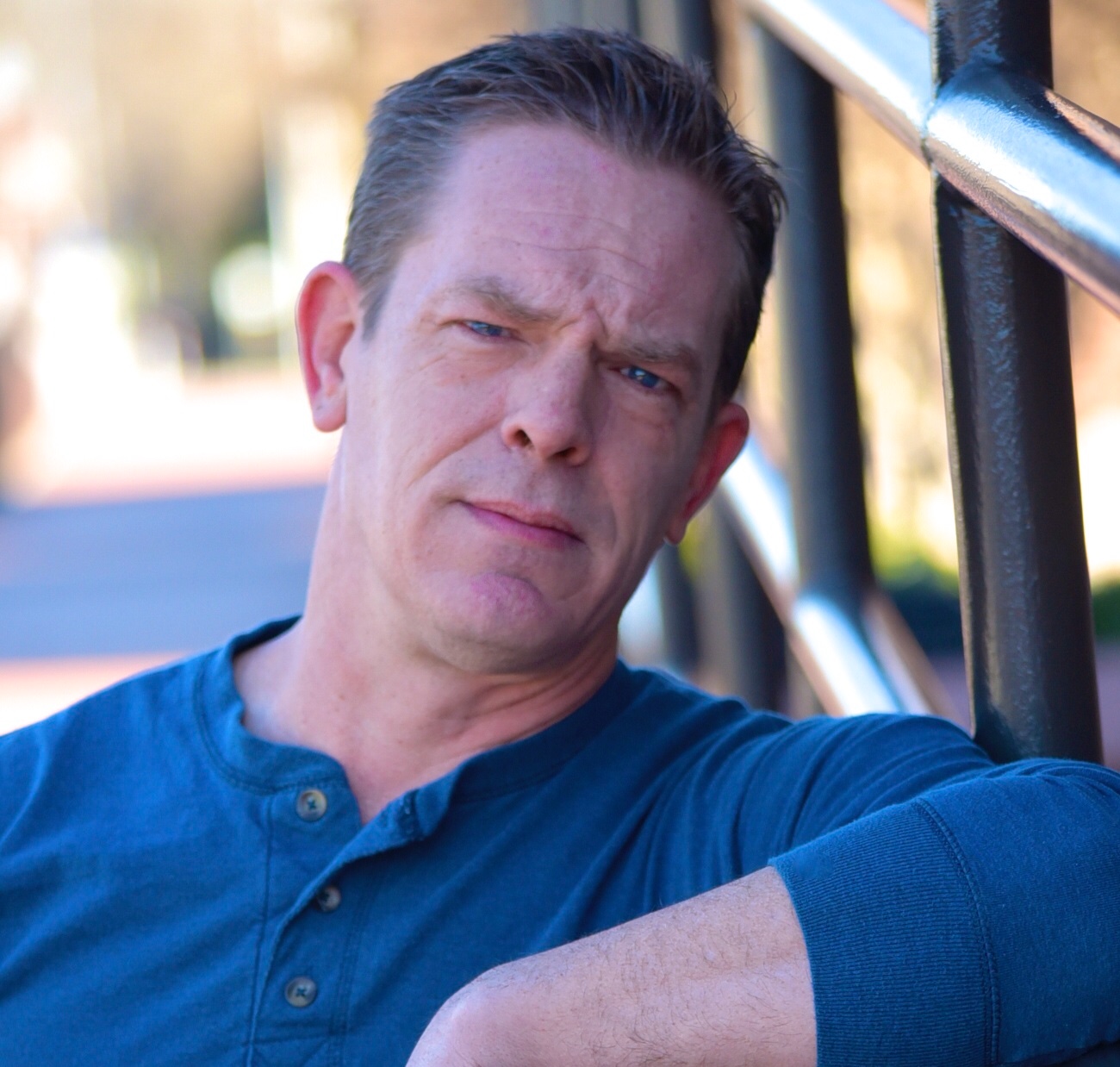 Actor Greg Crews is a Navy Veteran and native of Atlanta, Ga. Upon returning to the area after college, he began his entertainment career as a background actor on the Three Stooges remake film and he never looked back. He has since been a part of over 150 productions in front of the camera as well as behind the scenes. Greg has accumulated credits as an actor, director, producer, stunt person, and precision driver.
Some of Greg’s better known work in front of the camera has included his character dubbed “The Snoring Man” on The Walking Dead, The Hunger Games films as a Peacekeeper, and one of his more recent portrayals was of the character John in the film Burden. He has also been seen tv series such as Drop Dead Diva, Your Worst Nightmare, and many more. He was seen this past year in the reboot of Jumanji and well as the critically acclaimed I, Tonya. He is also currently producing and directing a project written by his son entitled “Dark Wasteland”. The ever busy Greg enjoys all aspects of the entertainment industry and looks for opportunities to share his experiences with others. His IMDb link can be found at Greg Crews IMdB